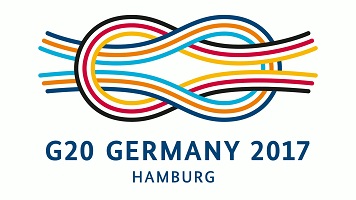 National Commission for Scheduled Tribe (NCST) has initiated action on taking video films and pictures of protected Jarava and other tribal communities of Andaman Islands on YouTube social media platform.

The commission has decided to take up the matter with removal of these objectionable video films from YouTube and initiate action on those who uploaded these video clips on social media platform.

As per provisions of Andaman and Nicobar Island (Protection of Aboriginal Tribes) Regulation, 1956 (PAT), the Andamanese, Jarawas, Onges, Sentinelese, Nicobarese and Shom Pens have been identified as “aboriginal tribes”.

The PAT contains the provisions of protection of these communities from the outside interference.

12th G20 Summit was recently held at the German city of Hamburg.

Theme of this year’s G20 Summit is “Shaping an Inter-connected World”.

India’s PM presented an 11-point action agenda for counter-terrorism at the summit.

Deterrant action against nations supporting terrorism must be made compulsory, such nations should be barred from G20.

G20 nations must exchange lists of suspected terrorists and their supporters.

G20 nations should cooperate in cyber security, with a focus on terrorist activities.

The ‘Group of Twenty’ is made up of 19 countries and the European Union.

The G20, with its ministerial-level beginnings in 1999, first met for a summit in 2008 in Washington to discuss ways to achieve balanced and sustainable world economic growth.

The U.N. cultural agency has declared the old city in the West Bank town of Hebron as a Palestinian world heritage site.

Hebron is part of the West Bank, a territory captured by Israel in the 1967 Mideast war.

Palestinians claim the West Bank is an integral part of a future independent state, a position that is widely backed internationally.

Israel says the territory’s fate, along with other core issues like security, should be resolved in negotiations.

Both Jews and Muslims revere the same site in Hebron as the traditional burial place of the biblical patriarchs and matriarchs — Jews call it the Tomb of the Patriarchs, while for Muslims it is the Ibrahimi Mosque.

The First edition of WINGS 2017 – “Sab Uden, Sab Juden”- Expanding Regional Connectivity was hosted in New Delhi by the Ministry of Civil Aviation.

This event brought together the key stakeholders of the Aviation Sector such as States, Tourism Departments and Tour Operators as a Group representing airline consumers.

This event helps to facilitate interaction with various airlines, airport operators, cargo operators and other ecosystem players at a common forum.