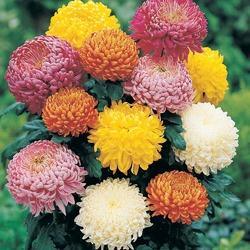 Van Mahotsav, a week-long festival, is being celebrated in different parts of India.

It is usually celebrated between 1 July to 7 July.

Programmes like screening of short films and documentaries, seminars and exhibition, painting and poster competitions are organised to mark the occasion.

Van Mahotsav began in 1950, with a tree plantation drive, in which national leaders participated.

The festival of tree plantation was started by Dr. K.M. Munshi, the then Union Minister for Agriculture and Food to create enthusiasm among masses for forest conservation and planting trees.

Van Mahotsav is usually observed in the first week of July every year and is celebrated on different days in different parts of India.

The objective behind celebrating Van Mahotsav is to keep local people involved in plantation drives and spread environmental awareness.

The 9th edition of the Delhi Dialogue was recently held in New Delhi.

The Delhi Dialogue is an annual event to discuss politico-security, economic and socio-cultural engagement between ASEAN and India.

The theme for Delhi Dialogue 9 is “ASEAN-India Relations: Charting the Course for the Next 25 Years”.

A new fast-growing Israeli flower was today named after Prime Minister Narendra Modi, in a special gesture to mark the first visit of an Indian premier to the Israeli nation.

Meeting of BRICS Ministers of Education was held on 5th July, 2017 at Beijing, China.

Delegation of all the five BRICS countries participated in the two-day deliberations.