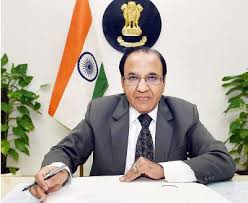 The Supreme Court has permitted a woman, who is in her 26th week of pregnancy, to abort her foetus that is suffering from severe cardiac disorder.

The order came after the woman and her husband had approached the apex court seeking permission to abort her foetus on grounds of abnormalities which could be even fatal to her.

They had also challenged the constitutional validity of section 3(2)(b) of the Medical Termination of Pregnancy (MTP) Act which prohibits abortion of a foetus after 20 weeks of pregnancy.

India has slipped to the 88th place in terms of money saved by its citizens with Swiss banks.

And in the doubles, Ritika and Simran paired together to beat the Nigerian pair of Zainab Momoh and Peace Orji in the women’s doubles final and won the doubles title.

The Madhya Pradesh government created world record on 2nd July 2017 to save the environment and for the conservation of the Narmada River.

More than six Crore saplings were planted in 24 districts of Narmada basin in just 12 hours.

On the first attempt of his visit, Modi will go to Israel on three-day tour where he will be holding talks with his Israeli counterpart Benjamin Netanyahu on all matters of mutual interest.

Modi is the first Indian Prime Minister to ever visit to the Israel country.

And then finally, Modi will be visit Hamburg, Germany on 6th July 2017 evening to attend the 12th G-20 Summit.

AAE-1 is expected to be the world’s longest 100Gbps technology-based submarine system.

The cable will be stretching from Marseille in France to Hong Kong, covering 25000 km and will have 21 cable landings across Asia and Europe.

Achal Kumar Joti would be taking over as the 21st Head of the Election Commission on 6th July 2017 as Mr. Zaidi would be resigning from his position on 5th July.

He is also the Managing Director of the Sardar Sarovar Narmada Nigam Ltd (SSNNL).

The main aim is to build and promote bilateral Army-to-Army relations and enhance inter-operability between the two armies.