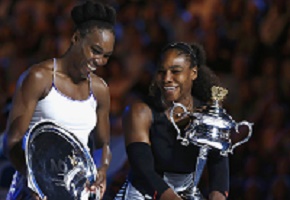 The information and broadcasting (I&B) ministry has launched a Film condition assessment project under which almost 1.32 lakh film reels at National Film Archive of India (NFAI) will be assessed and preserved for future use, as per global standards.

The project marks the beginning of National Film Heritage Mission (NFHM), an initiative by the government of India for the preservation, conservation, digitization and restoration of rich cinematic heritage of the country.

NFAI is the nodal agency for the implementation of this project.

The 2016 Global Go To Think Tank Index Report was published by the Think Tank and Civil Societies Program at the Lauder Institute of the University of Pennsylvania (TTCSP).

From India, the Centre for Civil Society (CCS) has been ranked among the top 100 think tanks globally.

The CCS is ranked 80 which is one lower than last year’s rank.

The Indian Navy has launched a Request for Information to procure 57 multi-role combat aircraft for its carrier.

While F-18, Rafale and MIG-29K are twin engine jets, the remaining three have single engine.

Serene Williams rewrote history by becoming the first woman player to win a record 23 Grand Slam Titles in the Open Competition, beating her sister Venus Williams in the final of the Australian Open in Melbourne.

And in the men’s finals, Roger Federer defeated the Rafael Nadal. He is the only male player to win five or more titles at three different Grand Slams.

World Leprosy day is observed on the last Sunday of January since 1954.

According to the report of the WHO, India is among the 22 countries considered as having a high burden for leprosy.

In 2016, WHO launched the “Global Leprosy Strategy 2016 – 2020 : Accelerating towards a leprosy free world, with the aim of strengthening the efforts to control leprosy and prevent disabilities, especially among children still affected by the disease in endemic countries”.

Subscribe our Newsletter to get Daily Tnpsc current affairs jan in English and Tamil on your Inbox.