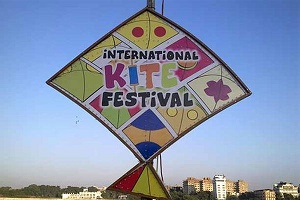 An annual seminar DEFCOM – 2017 was inaugurated in Delhi with the theme of “Infrastructure and Skilled Human Resource for Digital Army”.

DEFCOM is the forum for interaction between the officers of the Armed Forces, Indian Industry, Academia and R&D organisations on matters related to operational communication systems for the Army.

Scientists have discovered a new species of gibbon living in south-west China’s rainforests.

Gibbons are renowned for their loud song, which they use to mark territory, and this also sounded unusual.

The scientists estimate nearly 200 Skywalker gibbons are living in china, but they were already in Endangered list.

In order create a public platform, to exchange ideas, share and learn experiences of renowned people in the field of gender based or focussed literature, the world’s first Gender Literature Festival will be start in Patna.

India INX is one of the world’s most advanced technology platforms with a turn-around time of 4 micro seconds.

It will operate for 22 hours a day to allow international investors and Non Residents Indians to trade from anywhere across the globe.

Fly For Sure Scheme

The Air India (AI) has launched a ‘Fly For Sure’ scheme for the passenger.

To ensure the scheme, the passenger would have to pay non-refundable Rs 2,000, which would be able to take the next flight for their destinations.

In case the flight is missed, Air India will accommodate the passenger in the next flight for the choice of destination by the traveller.

The International Kite Event takes place in Sabarmati Riverfront, Ahmedabad (Kite capital of Gujarat), where people can see the sky filled with thousands of kites.

Subscribe our Newsletter to get Daily TNPSC Current Affairs Jan 12, 2017 in English and Tamil on your Inbox.