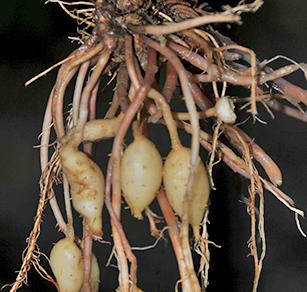 The 14th edition of Pravasi Bharatiya Divas (PBD) is celebrated on 9 January every year to mark the contribution of Overseas Indian community in the development of India.

PBD conventions are being held every year since 2003.

The theme of this year : “Redefining Engagement with the Indian Diaspora”.

Why is it celebrated on January 9th?

Mahatma Gandhi, the greatest Pravasi, returned to India from South Africa on this day in 1915, led India’s freedom struggle and changed the lives of Indians forever.

So, this day is chosen as the day to celebrate this occasion. The event also provides a forum for discussing key issues concerning the Indian Diaspora.

During the event, individuals of exceptional merit are honoured with the prestigious Pravasi Bharatiya Samman Award to appreciate their role in India’s growth.

By combining data from several telescopes around the world including India’s Giant Metrewave Radio Telescope (GMRT) in Pune, astronomers have discovered a cosmic double whammy unlike any ever seen before.

By combining data from the Giant Metrewave Radio Telescope (GMRT) in Pune and other telescopes, researchers found what happens when matter ejected by a giant black hole is swept up in the merger of two enormous galaxy clusters.

The two phenomenon have combined to create a stupendous cosmic particle accelerator.

This cosmic double whammy is found in a pair of colliding galaxy clusters called Abell 3411 and Abell 3412 located about two billion light years from Earth.

Scientists of the Botanical Survey of India (BSI) have found a new species of Zingiber (commonly referred as Ginger) from the Andaman and Nicobar Islands.

The species Zingiber pseudosquarrosum belonging to genus Zingiber, was already used by the local Particularly Vulnerable Tribal Groups (PVTGs) of the Andamans for its medicinal values.

As per scientific information available, there are 141 species of genus Zingiber are distributed throughout tropical Asia, including China, Japan and tropical Australia.

Of these, 20 are reported from India, which include seven (latest being Zingiber pseudosquarrosum) from Andaman and Nicobar Islands.

Most of the species of these Gingers are endemic to India.

20th Edition of the three-day National Conference for e-Governance 2016-17 has been started in Visakhapatnam.

The theme of this year : “Internet of Things and e-Governance”

Subscribe our Newsletter to get Daily TNPSC Current Affairs Jan 09, 2017 in English and Tamil on your Inbox.