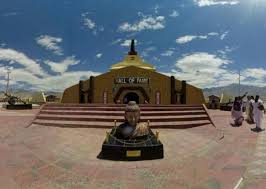 A team from DeTect Technologies, which includes students from Indian institute of technology – Madras won an award for the product which is used to detect leakages in pipelines carrying volatile liquids.

This competition is organized by the U.S- India Startup Forum and American Bazaar online.

This technology provides answer to a common difficulty that industries face – detecting leakages and it is proposed to be used in all pipelines across the world.

Pipelines carry volatile liquids at high temperatures but there is no mechanism to monitor the wear and tear of the pipes and avert catastrophes.

DeTech’s product uses Guided Ultrasonic Monitoring of Pipe Systems (GUMPS), will detect the rate of corrosion in pipelines continuously from a distance of around 60 metres.

It is an exercise of joint forces of central and state forces would be carry along the State’s coastal areas from sep 27 to sep 30. This is named as “SAGAR KAVACH”.

It is operation to check the operational preparedness and coordination among security and defence forces.

The exercise conducted once in six months is aimed at bringing coordination among the forces and also their preparedness for facing any challenge in the coastal security.

All the forces would use their personnel and ships and aircraft in this exercise. 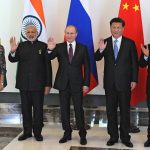 Minister for Environment, Forest and Climate Change Anil Mahadev Dave with his counterparts from other BRICS nations in Goa Meeting signed a memorandum of understanding.

India signed an agreement with BRICS countries to deepen cooperation and control of air and water pollution, efficient management of liquid and solid waste, climate change and conservation of biodiversity.

The Arjuna Awards, instituted in 1961, are given to sportspersons for consistently outstanding performance for four years preceding the year of award and who have also shown qualities of leadership, sportsmanship and a sense of discipline. 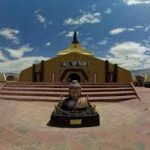 Five Indian museums have featured among the best 25 in Asia.

Leh’s ‘Hall of Fame’ has topped the India list as a “must-visit” place by travellers in a survey. The other top four most rated museums of India are — Bagore Ki Haveli (Udaipur), Victoria Memorial Hall (Kolkata), Salar Jung Museum (Hyderabad) and Jaisalmer War Museum (Jaisalmer).

TripAdvisor will honour the ranked museums with its Travellers’ Choice awards. The list was determined using an algorithm that took into account the quantity and quality of reviews and ratings for museums worldwide, gathered over a 12-month period.

The Museum of Qin Terracotta Warriors and Horse in China topped the Asia list.