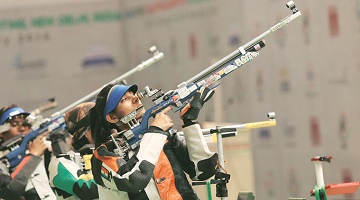 Andhra Pradesh government offered a Deputy Collector Post for P.V. Sindhu, for her contribution in the field of Sports.

India and Bangladesh signed an agreement for development of Sylhet

India has signed MoU with Bangladesh for the sustainable development of Sylhet, a north-eastern Bangladeshi city.

Under the Memorandum of Understanding (MoU), three development projects would be taken up in Sylhet.

Under the project in Sylhet, the Indian government will provide financial aid for the construction of following three projetcs:

And for some development work in Dhupa Dighirpar area at a total cost of around Taka 240 million.

Sylhet is an ancient city and a historically vibrant city. It had been a part of the former Assam province of India. It has been a focal point for 1971 Liberation War.

Topic : History – Latest diary of events, Who is Who?

The government has appointed a actress Shilpa Shetty as a brand ambassador for the Indian government’s cleanliness initiative Swachh Bharat Mission.

She finished third in the 10 meter Air Rifle event and won the Bronze medal.

Subscribe our Newsletter to get Daily Tnpsc current affairs feb in English and Tamil on your Inbox.