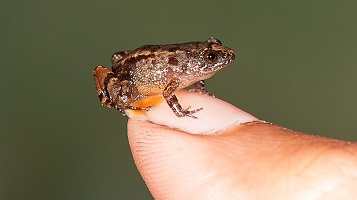 103 years old Directory Antony Mithra Das, who made films in Tamil, Malayaalam and Sinhalese and served in the Army during the Second World War, died.

He was born in Madurai, and his passion for films move him towards film making and he directed his first film Dayalan in 1941.

Topic : India and its international Relationships

India and Rwanda made deals

India and Rwanda have signed the three agreements during Vice-President Hamid Ansari’s visit to Rwanda.

The agreement related below topics –

Air services – Rwandan Airways is to begin direct flights between Kigali and Mumbai in April.

Setting up of a development centre in Rwanda

Exemption of visa for entry of diplomatic and official passports.

Scientists discovered the four new species of tiny frogs, which is smaller in size and smaller than the human thumbnail.

These species are among the seven new “Night Frogs” discovered by the researchers.

Night Frogs belong to the Nyctibatrachus genus endemic to the Western Ghats and represent an ancient group of frogs that diversified on the Indian landmass approximately 70 to 80 million years ago.

The discovery has taken the total number of known Nyctibatrachus species to 35, of which 20% are diminutive in size (less than 18 mm).

This Cyber Swachhta Kendra is part of the Digital India Programme, which is launched for Botnet cleaning and Malware analysis.

And also M – Kavach and Samvid, mobile applicaiton were launched to protect desktops from suspicious applications.

Subscribe our Newsletter to get Daily Tnpsc current affairs feb in English and Tamil on your Inbox.