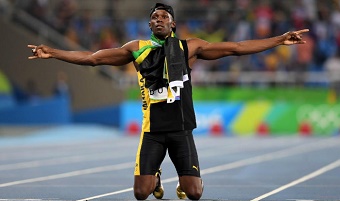 The governor requested the chief minister designate to seek the vote confidence of the assembly within 15 days.

His appointment is in acceptance of the letter of submitted by Palaniswami that he was elected as the leader of the AIADMK legislature party at a meeting of the party MLAs held.

TAMRA portal was simultaneously launched across 12 mineral rich states and it is developed by the Ministry of Mines.

TAMRA is a step to speed up mining activity in India and facilitate all the stakeholders to track the status of the statutory clearances associated with blocks for getting mines to reach till operationalisation for the same.

TAMRA covers block and mineral wise information of the blocks to be auctioned, monitors various statutory clearances and highlights the additional resources generated through e-auction.

Usain Bolt won the “Sportsman of the Year” award at the Laureus World Awards, which he received his award from legendary Michael Johnson.

Subscribe our Newsletter to get Daily TNPSC Current affairs Feb in English and Tamil on your Inbox.