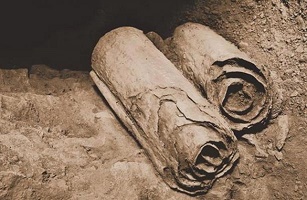 Pakistan Navy conducted a special International Naval Exercise “AMAN 17”, which is participated by more than 35 countries in Karachi.

Archaeologists from The Hebrew University of Jerusalem have discovered a new “Dead Sea Scroll cave” the first such discovery in more than 60 years.

This cave located in cliffs near the north – western shore of the Dead Sea.

Researchers found a long list of items including smashed jars and a leather strap for binding and cloth for wrapping the scrolls.

The Dead Sea Scrolls are a collection of ancient manuscripts thought to be among the oldest known surviving texts.