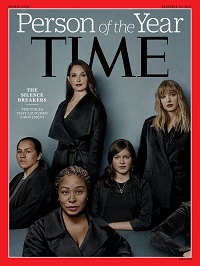 The Intergovernmental Committee under UNESCO has inscribed ´KumbhMela´ on the Representative List of Intangible Cultural Heritage of Humanity during its 12th session being held at Jeju, South Korea.

This inscription is the third in two years following the inscriptions of ´Yoga´ and ´Nouroz´ in December.

Kumbh Mela is the largest peaceful congregation of pilgrims on earth.

The festival, held in Allahabad, Haridwar, Ujjain and Nasik, represents a syncretic set of rituals related to worship and ritual cleansing in holy rivers in India.

As a religious festival, the tolerance and inclusiveness that Kumbh Mela demonstrates are especially valuable for the contemporary world.

What is intangible cultural heritage?

The UNESCO Convention for Safeguarding the Intangible Cultural Heritage, adopted in 2003, defines intangible cultural heritage as the practices, representations, expressions as well as knowledge and skills that communities, groups and, in some cases, individuals recognise as part of their cultural heritage.

The Financial Resolution and Deposit Insurance Bill, 2017 (FRDI Bill), was introduced in the Lok Sabha on August 11, 2017.

The bill is presently under consideration of the Joint Committee of Parliament.

The Joint Committee is consulting all the stakeholders on the provisions of the FRDI Bill.

The committee is now set to invite the RBI governor Urjit Patel to brief the members.

It is noteworthy that the bill was opposed by the bank unions who have also requested the Finance Minister Arun Jaitley to withdraw this legislation.

The Financial Resolution and Deposit Insurance Bill, 2017 seeks to give comfort to the consumers of financial service providers in financial distress.

It also aims to inculcate discipline among financial service providers in the event of financial crises by limiting the use of public money to bail out distressed entities.

The Bill aims to strengthen and streamline the current framework of deposit insurance for the benefit of a large number of retail depositors.

In a significant development, elite export control regime Wassenaar Arrangement (WA) has decided to admit India as its new member.

This is expected to raise New Delhi’s stature in the field of non-proliferation besides helping it acquire critical technologies.

The decision was taken at the recently held plenary meeting of the grouping in Vienna.

It is a multilateral export control regime established to ensure regional and international security and stability promoting transparency in transfer of arms and dual-use goods and technologies.

How will this membership help India?

India’s entry into the export control regime would enhance its credentials in the field of non-proliferation despite not being a signatory to the Non-Proliferation Treaty (NPT).

The WA membership is also expected to build up a strong case for India’s entry into the 48-member Nuclear Suppliers Group (NSG).

Further, since India has low reserves of uranium required for its civil nuclear energy programmes, the country entry to the Export Control regimes will help secure the supply of nuclear fuel more easily.

It is the First International Conference on Sports Medicine and Sports Sciences, which is being held in New Delhi.

It aims to promote scientific temperament in the country and inspire students, researchers and educationists alike to take up sports science and research to the next level.

Time has chosen its 2017 Person of the Year: the Silence Breakers, the women and men who have come forward to shed light on sexual harassment and abuse in America.

“The Silence Breakers” is the vanguard of a global movement by millions of women to share their stories of sexual harassment and abuse.

The Taj Mahal is rated after Cambodia’s Angkor Wat.