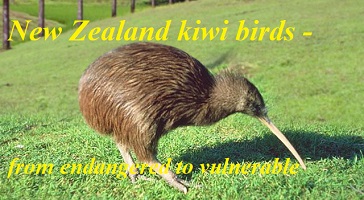 With 19 countries ratifying its framework agreement, the International Solar Alliance (ISA) has become the first treaty-based international government organisation to be based in India.

Significance of this event:

This marks the culmination of India’s efforts, which had taken a lead role in setting up the ISA—an alliance of 121 sunshine countries situated between the Tropics of Cancer and Capricorn.

ISA also signals that New Delhi would employ it as a foreign policy tool to cement its leadership among developing countries.

The ISA now has become a treaty based inter-governmental international organisation and it will be recognized by UN legally to become fully functionable.

Guinea became the 15th country to ratify this agreement.

The ISA is an Indian initiative, jointly launched by the Prime Minister Narendra Modi and the president of France on 30 November 2015 in Paris.

It aims at addressing obstacles to deployment at scale of solar energy through better harmonization and aggregation of demand from solar rich countries lying fully or partially between the tropics of Cancer and Capricorn.

The ISA, headquartered in India, has its secretariat located in the campus of the National Institute of Solar Energy, Gurgaon, Haryana.

The International Union for the Conservation of Nature has upgraded the status of Okarito kiwi and Northern Brown kiwi from endangered to vulnerable.

Tamil Nadu has been ranked 14th in the country in the implementation of the Deendayal Antyodaya Yojana-National Urban Livelihoods Mission (DAY-NULM) scheme of the Ministry of Housing and Urban Affairs.

Based on the Systematic Progressive Analytical Real Time Ranking (SPARK), T.N. is ranked after Kerala, while Madhya Pradesh and Punjab are in the first two spots.

As both the top athletes are still active in their respective fields, wrestling(Men) and Boxing (Women), they felt that this could be seen as conflict of interest.

Keeping in mind the best of the sporting traditions the athletes submitted their resignation.