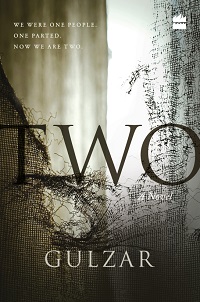 Lieutenant General D R Soni is an Armoured Corps officer of the 1979 batch.

Prior to this, he was General Officer Commanding-in-Chief of the Army Training Command since September 2016.

The 31st edition annual Konark festival begins in Odisha, which is being held every year from 1st to 5th December.

It began near the world famous Sun Temple of Konark.

Along with the dance festival, International Sand Art Festival has begun at Chandrabhaga beach in Konark.

Gulzar sahab is written a novel ‘Two’, which is a debut novel in English and it revolves around the area of Punjab which became Pakistan after Partition.

The novel was originally written in “Urdu’ later it translated into the English form.

International Day of Persons with Disabilities

International day of persons with disabilities was observed on December 3 to promote the rights and welfare of disabled individuals around the globe.

2017 Theme: “Transformation towards sustainable and resilient society for all”.

The annual observance of the International Day of Persons with Disabilities was proclaimed by the United Nations General Assembly resolution 47/3 in 1992.