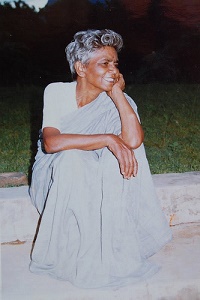 Department of Posts under the Ministry of Communications has released a Special Cover on freedom fighter “Shri Gaya Prasad Katiyar”.

He was one of the most dedicated soldiers of India’s freedom struggle and he is born at Jagadishpur (UP).

He joined Hindustan Socialist Republican Association in 1925 and got connected with Chandra Shekhar Azad and Bhagat Singh.

The programme will be implemented in 8000 villages of all 79 blocks of eight high malaria endemic districts.

In order to remarks the freedom fighter and social reformer Parbati Giri’s contribution to the freedom movement and service to poor and needy, the Mega Lift Irrigation Scheme implemented by the Odisha State government.

Parbati Giri was one of the freedom fighters who devoted her life for the welfare of orphans and the downtrodden for which she is fondly remembered as Mother Teresa of Odisha.

She is born in Bargarh district, Giri established herself as a symbol of women empowerment by her strong commitment and determination.

She joined Quit India Movement in 1942 and had led many rallies against the British Rule.

China has tested the latest version of its fifth generation stealth fighter, to make world’s most advanced warplanes.

The newest version of the J-31 renamed as the FC-31 Gyrfalcon.