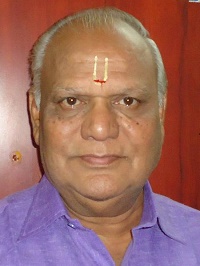 The Sahitya Akademi Award is given to authors writing in the language since 2007.

On this day, the Consumer Protection Act, 1986 had received the assent of the President.

The Day is an annual occasion for celebration and solidarity within the national consumer movement and is an opportunity to promote the basic rights of all consumers.

This smart weapon, which is one of the world class weapon systems used to destroy runways, bunkers, aircraft hangers and other reinforced structures.