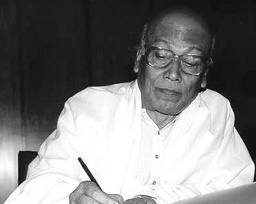 The government has launched the mobile app to locate the nearest public toilet use for the people which is now available in Delhi, Gurugram, Faridabad, Ghaziabad, Noida and in Mathya Pradesh Bhopal and Indore.

The App also gives information about the nature of the toilet seat available, free or pay for use, working hours etc. Ministry of Urban Development has partnered with Google to enable this service.

To celebrate birth anniversary of Indian Mathematician Srinivasa Ramanujan, the National Mathematics Day is observed every year on 22nd December.

He was born at the place of Erode district of Tamil Nadu.

Tamil Nadu celebrates 22 December as “State IT Day”, memorialising both the man and his achievements, as a native of Tamil Nadu.

Under this scheme, the children would get financial support from state government for their studies till higher secondary.

The famous Bengali poet Shankha Ghosh selected for the Gyanpith Award 2016. He is a Bengali Indian poet and critic.

He was born at Calcutta and already he was a Sahitya Akademi winner.

To celebrate the birth anniversary of the fifth Prime Minister and Kisan leader Ch. Charan Singh, 23rd December is every year as Farmers day or Charan Singh Jayanthi 2016 since 2001.

Chaudhary Charan Singh was served as the Prime Minister of the Republic of India in 1979-80 and he is well known for his famous Zamindari Abolition Act. vv.