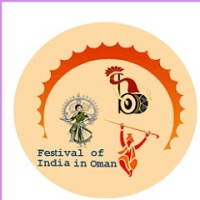 Lucky Grahak Yojana and the Digi-Dhan Vyapar Yojana are the yojanas to give cash rewards to consumers and merchants who utilize digital payment instruments for personal consumption expenditures are soon to be launched by NITI Aayog.

For instance, the poorest of poor will be eligible for rewards by using USSD. People in village and rural areas can participate in this scheme through AEPS.

Daily rewards, weekly prizes for Consumers who use the alternate modes of digital Payments.

This will include all forms of transactions viz. UPI, USSD, AEPS and RuPay Cards but will for the time being exclude transactions through Private Credit Cards and Digital Wallets.

Prizes for Merchants for all digital transactions conducted at Merchant establishments.

It is an enhanced version of an indigenously-designed cruise missile test fired by the Pakistan Army known as “Babur” after Mughal invader and founder of the dynasty.

The missile is part of Babur Weapon System version- 2 and is an enhanced version of the earlier missile.

It incorporates advanced aerodynamics and avionics that can strike targets both at land and sea with high accuracy.

Festival of India in Oman

Festival of India celebrated in Muscat, Sur, Sohar and Salalah of Oman country to showcase the country’s diverse culture.

Classical and folk dances, music shows, Indian cuisine fest and exhibition on Islamic art calligraphy, which are the events participated in that festival.