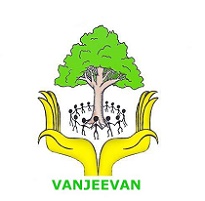 The Exercise is a joint military exercise between the Indian Army & the Maldives National Defence Force conducted on a yearly basis.

To practice the military training and counter terrorism operations with view to encourage relationship between the two armies.

The 9th edition of exercise INDRA NAVY, an annual bilateral maritime exercise between Indian Navy and Russian Navy has begun in the Bay of Bengal.

To encourage strategic relationship between Indian and Russian navies a bilateral maritime exercise of INDRA NAVY is being conducted.

This exercise INDRA NAVY-16 is aims to increase inter-operability amongst the two navies and develop common understanding and procedures for maritime security operations.

The scope of the exercise includes wide-ranging professional interactions in harbour phase and a diverse canvas of operational activities across a spectrum of maritime operations at sea.

Vanjeevan, the National Resource Centre for Tribal Livelihood issues is going to launched by the Union Ministry of Tribal Affairs in collaboration with UNDP and National Scheduled Tribes Finance and Development Corporation (NSTFDC) at Bhubaneswar, Odisha.

Vanjeevan will be a programme to identify the problems in livelihood issues in select districts of six states having low HDI of tribal people in the first phase. The states are Assam, Gujarat, Madhya Pradesh, Rajasthan, Odisha and Telangana.

In the second phase the programme will be implemented in the states of Arunachal Pradesh, Chhattisgarh, Jharkhand, Maharashtra, Meghalaya and Tripura.

Vanjeevan, the National Resource Centre will serve as a platform for livelihood mapping, skill gap analysis and knowledge hub where consolidation of best livelihood and entrepreneurship models will be accessible for tribal entrepreneurship development.

US, China and UK are the top 3 World’s largest defence spenders.