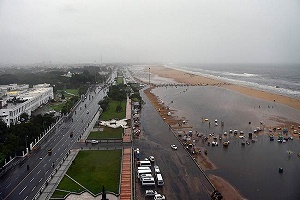 Topic : History – Profile of States and Latest Diary of Events

Vardah, the very severe cyclonic strom arrives the Tamil Nadu which causes the landfall in Chennai and killing of several people.

In order to mark the celebration of the Golden Jubilee year of Banas Dairy this plant was launched.

Agreement between India and Indonesia

To encourage the relation between two countries, India and Indonesia have signed the agreement in the field of standardization, youth affairs, sports and fishing.

President Pranab Mukherjee launched the “100 Million for 100 Million” Campaign which was organized by the Kailash Satyarthi Children’s Foundation.

In order to encourage the 100 million youth and children for 100 million underprivileged children across the world, to end child labour, child slavery, violence against children and promote the right of every child to be safe, free, and educated over the next 5 years this campaign was started.

The Indian Space Research Organisation signed the agreement, which is deliver an own two spare navigation satellites includes assembly, integration and testing (AIT) within 18 months.

Alpha is a defence manufacturing contractor while the others are small and medium-sized vendors that already supply components to ISRO.

The others in the consortium are Newtech Solutions, Aidin Technologies and DCX Cables of Bengaluru, Vinyas Technologies of Mysuru and Avantel Systems of Hyderabad.

The 57-kilometre Gotthard Base Tunnel (GBT) is longest tunnel runs from Erstfeld in the central canton of Uri, to Bodio in the southern Ticino canton.

With its opening, the GBT has surpassed Japan’s 53.9-kilometre Seikan tunnel as the world’s longest train tunnel.

Subscribe our Newsletter to get Daily TNPSC current affairs dec in English and Tamil on your Inbox.