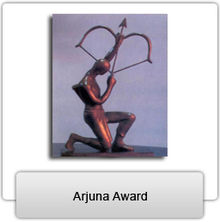 National Sports Awards are given every year to recognize and reward excellence in sports.

Rajiv Gandhi Khel Ratna Award is given for the spectacular and most outstanding performance in the field of sports by a sportsperson over a period of four year.

Arjuna Award is given for consistency outstanding performance for four years.

Dronacharya Award is given for coaches for producing medal winners at prestigious International sports events.

Dhyan Chand Award is given for life time contribution to sports development.

The awardees will received their awards from the President of India at a specially organized function at the Rashtrapati Bhawan on August 29, 2017.

Cloud-seeding project of Karnataka takes off at Jakkur Airfield

How does it work?

Cloud-seeding is a technique used to increase precipitation in clouds.

Cloud-seeding aims at catalysing the process of precipitation, so that rainfall could be increased by 15-20% in drought-affected areas of the State.

By introducing impurities such as Silver Iodide, Potassium Chloride and others, the objective is to ensure that the size of the droplets is large enough to fall down as rain.

O Panneerselvam was on 21 August 2017 sworn in as the Deputy Chief Minister (CM) of Tamil Nadu, following the much-speculated merger of All India Anna Dravida Munnetra Kazhagam (AIADMK) factions.

Topic : The National, Defense and Terrorism

IN LCU L52, the second ship of landing craft utility MK- IV, was recently commissioned into the Indian Navy.

IN LCU L52 is the second Landing Craft Utility (LCU) Mk-IV class to be inducted into the Indian Navy.

The ship is capable of transporting various kinds of combat equipment such as Main Battle Tanks Arjun, T72 and other vehicles.