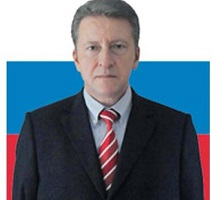 The award will be presented on 5th September at Taj Palace Hotel in New Delhi.

The Chief Minister has been selected for the award for his innovative services rendered to the welfare of farmers and the farm sector.

The award, instituted by Indian Council of Food and Agriculture in 2008 since then it is presented every year.

The birthday of Shri Rajiv Gandhi is celebrated on 20th August every year as Sadbhavana Diwas.

The Sadbhavana Diwas 2017 is the 73rd birth anniversary of Rajiv Gandhi.

Topic : Appointments, Who is Who, Persons in News

Career diplomat Nikolay Kudashev was appointed on 18th August 2017 as the Russia’s Ambassador to India.

Nikolay is a specialist in South East Asia and at present he is serving as the Deputy Director General Secretariat of the Ministry of Foreign Affairs of Russia.

For Drawida polydiverticulata, its multiple lobes, also called diverticulums – an organ located in the front of its body – are unique amongst the members of the genus.

This species was found to be widespread in the protected shola grasslands of the Munnar region, including Eravikulam National Park, Pampadun Shola National Park and Chinnar Wildlife Sanctuary.

The second new earthworm, Drawida thomasi, was collected at the Kozhippara Waterfalls near Kakkadampoyil, at the border between Malappuram and Kozhikode.

Scientists in the UK have developed the world’s smallest surgical robot with low-cost technology used in mobile phones and space industries.

The robot is called Versius. The robot is controlled by a surgeon at a console guided by a 3D screen in the operating theatre.

The robot is much easier to use than existing systems, and take up about a third of the space of current machines.

It works like a human arm and contains technology that detects resistance to make sure the right amount of force is used when the instruments are inside the patient.

India and US have established new two-by-two (2 by 2) ministerial dialogue to enhance strategic coordination between them and maintaining peace and stability in the Indo-Pacific region.

The new dialogue format will replace the earlier India-US Strategic and Commercial Dialogue.

It will be similar to the India-Japan 2+2 dialogue format between foreign and defense secretaries of the two countries.