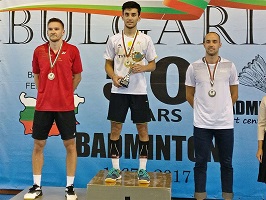 Topic : The National, Defense and Terrorism

Navika Sagar Parikrama is a project wherein a team of women officers of the Indian Navy would travel around the globe on an Indian-built sail boat INSV Tarini.

INSV Tarini is the sister vessel of INSV Mhadei.

The project is considered essential towards promoting Ocean Sailing activities in the Navy while depicting Government of India’s thrust for ‘Nari Shakti’.

The expedition has been aptly titled ‘Navika Sagar Parikrama’, aimed at promoting women empowerment in the country and ocean sailing by the Indian Navy.

US and India to co-host global entrepreneurship summit

The US and India will co-host the Global Entrepreneurship Summit (GES) in November in Hyderabad, India.

GES 2017 will create an environment that empowers innovators, particularly women, to take their ideas to the next level.

The theme of the GES this year is: “Women First, Prosperity for All,” which highlights that when women do better, countries do better.

He is from Uttarakhand, who celebrated his 16th birthday on 16th August 2017.

The Union Cabinet approved the proposal to complete the North Koel Reservoir Project in Jharkhand and Bihar.

The project is situated on North Koel River which is a tributary of Sone River joining the river Ganga.

This Reservoir is located in the most backward tribal areas of Palamau and Garhwa districts in Jharkhand.

The construction of the project originally started in the year 1972 and continued till 1993 when Bihar’s Forest Department stopped it.

Indian team members won a record of 37 medals in the 7th World Dwarf Games, which was held in Toronto, Canada.

India had won 15 gold, 10 silver and 12 bronze medals in the World Dwarf Games. There were total participation of nearly 400 athletes from 24 countries.