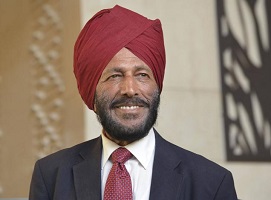 The Fifteenth BIMSTEC Ministerial Meeting was convened in Kathmandu, Nepal on 10-11 August 2017.

The 15th ministerial meeting of the Bay of Bengal Initiative for Multi-Sectoral Technical and Economic Cooperation concluded recently in Kathmandu.

This meeting concluded with the approval of the memorandum of understanding for the establishment of BIMSTEC grid interconnection and also agreed to expedite the negotiations for BIMSTEC Free Trade Area Agreement.

What you need to know about BIMSTEC?

This sub-regional organisation was started on June 6, in the year 1997 through a Bangkok Declaration.

Topic : Persons in News, Appointments, Who is Who?

Legendary Indian athlete Milkha Singh has been appointed as WHO Goodwill Ambassador for Physical Activity in South-East Asia Region.

Milkha Singh also known as The Flying Sikh, is a former Indian track and field sprinter who was introduced to the sport while serving in the Indian Army.

Singh and his daughter, Sonia Sanwalka, co-wrote his autobiography, titled The Race of My Life.

World Elephant Day is an international annual event on August 12, dedicated to the preservation and protection of the world’s elephants.

The goal of World Elephant Day is to create awareness for the extinction of African and Asian elephants.

And also share knowledge and positive solutions for the better care and management of captive and wild elephants.

African elephants are listed as “Vulnerable” and Asian elephants as “Endangered” on the IUCN Red List of threatened species.