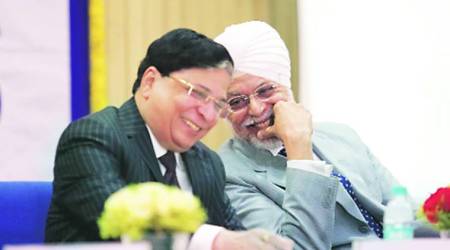 The Ministry of Drinking Water and Sanitation has launched a third party verification survey report to take stock of the progress already made by the Mission in rural India.

In order to foster a healthy competition between cities for improving cleanliness standards, the Ministry of Urban Development (MoUD) started the “Swachh Survekshan” survey.

It is on about ranking of cities on cleanliness and other aspects of urban sanitation, in 2016 which ranked 73 cities across the country.

Justice Dipak Misra to be next Chief Justice of India

The Union government appointed Justice Dipak Misra as the next Chief Justice of India.

Justice Misra will be sworn in as the 45th Chief Justice of India by President Ram Nath Kovind on August 27.

He is a judge of the Supreme Court of India and a former Chief Justice of the Patna and Delhi High Courts.

NITI Aayog has announced partnership with three States each to radically transform their Health and Education sectors.

NITI Aayog has selected Uttar Pradesh, Assam, and Karnataka to improve healthcare delivery and key outcomes in these States.

In Education, Madhya Pradesh, Odisha, and Jharkhand have been selected for support to better learning outcomes.

On thorough technical evaluation, the chosen States have committed to time-bound, governance reforms in both sectors.

The awards selection committee has recommended both Jhajharia and Sardar to be considered for the award jointly.

India has ratified the second commitment period of the Kyoto Protocol.

What is Kyoto Protocol?

The Protocol’s first commitment period started in 2008 and ended in 2012.

A second commitment period was agreed on in 2012, known as the Doha Amendment to the protocol.

India and the United States of America will conduct “Yudh Abhyas” joint exercise between their armies in 14-27 September.

The exercise Yudh Abhyas – 2017, will be held from September 14-27 at Joint Base Lewis-McChord in the US.

The exercise will be the 13th in the Yudh Abhyas series, which started in the year 2004 under US Army Pacific partnership programme.

As per the provisions of Plastic Waste Management Rules, 2016, the generators of waste have been mandated to take steps to minimize generation of plastic waste, not to litter the plastic waste, ensure segregated storage of waste at source and handover segregated waste to local bodies or agencies authorised by the local bodies.

In the country, 17 States / Union Territories have imposed complete ban on manufacture, stock, sale and use of plastic carrybags, through directions/notifications and executive orders.

Government has launched the ‘Pradhan Mantri Vaya Vandana Yojana (PMVVY)’ to provide social security during old age and to protect elderly persons aged 60 and above against a future fall in their interest income due to uncertain market conditions.

The scheme enables old age income security for senior citizens through provision of assured pension/return linked to the subscription amount based on government guarantee to Life Insurance Corporation of India (LIC).