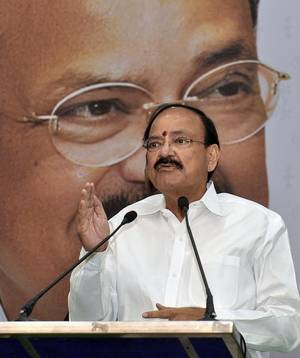 Former Union Minister M Venkaiah Naidu has been elected as the 13th Vice President of India.

He will take oath as new Vice-President of India on August 11, 2017 and will thereby become the ex-officio Chairman of the Rajya Sabha.

Over 98% poll percentage was recorded in the Vice-Presidential election 2017.

Rajiv Kumar has been appointed the new Vice Chairman of the NITI Aayog on 5th of August 2017.

Kumar is a senior fellow at Centre for Policy Research (CPR) and also a chancellor of the Gokhale Institute of Economics and Politics in Pune.

He has also served as Director and Chief Executive of the Indian Council for Research on International Economic Relations (ICRIER), and chief economist of the Confederation of Indian Industries (CII).

Usain Bolt has finished third in his final individual event at the World Athletics Championships on 6th of August 2017.

The 2017 IAAF World Championships are the 16th edition currently being held from 4 to 13 August 2017 in London, United Kingdom.

London was officially awarded the Championships by the International Association of Athletics Federations (IAAF), in Monaco, on 11 November 2011.

It is originally held every four years, first in 1983, the current two-year cycle began in 1991

National Handloom Day is being observed today to encourage people to use hand-made loom in the country.

The main event will be held in Guwahati to celebrate the third National Handloom Day.

The Union Government had declared 7 August as the National Handloom Day in July 2015 with the objective to generate awareness about importance of India’s handloom industry.