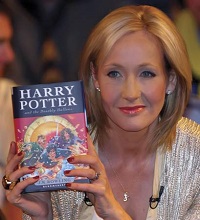 As per latest data, IMR has reduced by 58% in India during the period of 1990-2015 which is more than to Global decline of 49% during the same period.

Bhabha Atomic Research Centre (BARC) and Department of Atomic Energy (DAE) had together engaged in R&D work on the technology of preservation and hygienization of food and agri-products by radiation.

Irradiation is very effective in treating the horticultural produces.

In irradiation, food products are subjected to a low dosage of radiation to treat them for germs and insects, increasing their longevity and shelf life.

How this will help India?

In India, according to estimates, post-harvest losses in food and food grains are around 40-50%, primarily due to insect infestation, microbiological contamination, physiological changes due to sprouting and ripening, and poor shelf life.

With irradiation, it is possible to reduce these losses.

In an attempt to promote innovation and entrepreneurship in agriculture, the government is launching a new AGRI-UDAAN programme.

AGRI-UDAAN will mentor startups and help them connect with potential investors.

The idea is to attract the youth from rural India and elsewhere, and train them so they can add value to the farmers’ produce.

Topic : Latest Diary of Events, Persons in News, Who is Who?

JK Rowling, the creator of Harry Potter, ranked first of the highest paid author by Forbes with earnings of £72m ($95).

Her books have been turned into eight blockbuster feature films, and last year she made her screenwriting debut with a prequel movie, Fantastic Beasts and Where To Find Them.