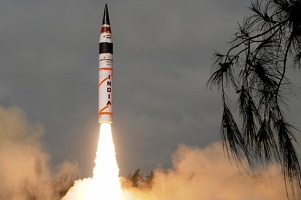 Bhubaneswar has become the first Indian city to won the Pierre L’enfant International Planning excellence award given by the American Planning Association (APA).

Smart city Bhubaneswar has been chosen for the award for its good and advanced town planning and engaging its residents in the planning process.

He was best known for designing the layout of the streets of Washington.

The American Planning Association (APA) has created an award named in L’Enfant’s honor which recognizes excellence in international planning.

The missile has a strike range of 3000 km to 5000 km and is capable of carrying both conventional and nuclear warheads upto 1.5 tonnes.

The Uttar Pradesh government cancelled 15 public holidays in educational institutions that commemorated the birth and death anniversaries of eminent personalities.

The decision was taken by the state’s cabinet during its meeting chaired by Chief Minister Yogi Adityanath.

Indian businessman’s food processing plant in Britain has won the Queen’s Enterprise Award 2017 for its exceptional contribution to the UK’s trade, industry and economy.

Yusuff Ali M.A. is an Indian businessman from Nattika in Thrissur district of Kerala.

The Queen’s Award for Enterprise is conferred annually by Queen Elizabeth II on her birthday.

This awards given in the recognition of businesses that display great enterprise across the fields of innovation, international trade, promoting opportunity through social mobility and sustainable development.

She is known in the North as Meerabai for her rendition of songs sung by the medieval poet in praise of Lord Krishna.

The award was instituted in the memory of the legendary singer Ghantasala Venkateswara Rao who ruled the cinema for over three decades the Telugu world.