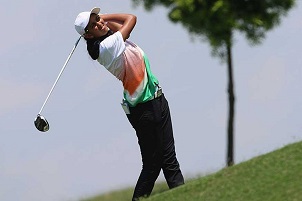 Scientists have developed a new way of 3D-print objects using glass, an advance that could be used to make very small optical components for complex computers.

The process is known as Stereolithography.

Stereolithography is a form of 3D-printing technology used for creating models, prototypes, patterns and production parts in a layer by layer fashion using photopolymerisation.

This date marks a defining moment in the history of decentralization of political power to the grassroots level.

The Constitution (73rd Amendment) Act, 1992 that came into force with effect from 24th April, 1993 has institutionalized Panchayati Raj through the village, Intermediate and District level Panchayats.

Japan recorded a drop of 3.2% in LPG imports during the period under review to 10.6 million tonnes.

SSP Chawrasia and Aditi Ashok were among the winners at the second Golf Industry Association (GIA) Awards.

Aditi, who finished second in the Ladies European Tour (LET).

Aditi Ashok (born 29 March 1998) is an Indian professional golfer who took part in the 2016 Summer Olympics.

Chawrasia, who successfully defended his Indian Open title earlier this year and had two victories of on tour last year.

And he had won eight titles on the Indian Tour, including two wins at the Indian Open.

The stamps, which are being printed at the India Security Press, will be priced at Rs. 100.

In 2006, India introduced its first aromatic stamp, with a Rs. 15 sandalwood-scented stamp where 30 lakh of these sold out within two weeks.

In 2007, rose-scented stamps were released in four varieties of flower- Jawahar, Neelam, Delhi Princess and Bhim– each priced at Rs. five and a jasmine fragrance in 2008.