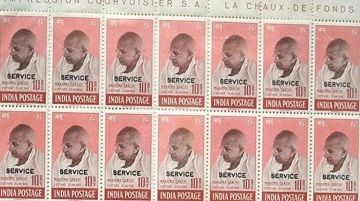 The Civil Services Day is organized on 21st April every year, when civil servants re-dedicate themselves to the cause of the citizens and renew their commitment to public service.

This day coincides with the date on which SardarVallabhbhai Patel had addressed the first batch of probationers at the All India Administrative Service Training School at Metcalfe House, New Delhi in 1947.

This is the industry standard for assessment of an airport’s efforts to manage and reduce carbon emissions.

Airports Council International (ACI) is the only global trade representative of the world’s airport authorities.

And it provides information and training opportunities to raise the standards around the world.

The mayor of Lampedusa, the Italian island selected for the first time, UNESCO’s Peace prize.

Mayor Giusi Nicolini was awarded the prize together with French NGO SOS Mediterrannee, for their work in saving the lives of refugees and migrants and for welcoming them with dignity.

The peace prize, also known as the Félix Houphouët-Boigny Peace Prize, named after the first president of Ivory Coast.

It has been awarded by UNESCO each year since 1989, to recognize individuals and groups who “safeguard, maintain, and seek peace”.

Mahatma Gandhi stamps sale at auction in the United Kingdom

Resembling the portrait of Mahatma Gandhi with 4 stamps, an auction had been held in the United Kingdom.

The block of four was sold to a private collector investor in Australia for the highest price ever paid for Indian stamps.

The Indian stamps were particularly rare due to the fact they were in a set of four.

Presently, only 13 of the 1948 Gandhi 10 rupee purple brown and Lake service stamps are in circulation.

These thirteen stamps include the strip of four and a block of four in the Royal Philatelic collection owned by Queen Elizabeth II.

Royal Philatelic collection is believed to be the world’s largest and most valuable private stamp collection.