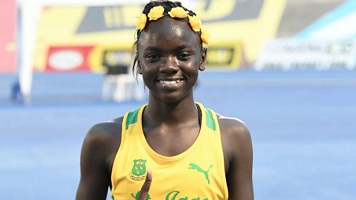 Padayani is a traditional folk dance and a ritual art from the central portion of the Indian state of Kerala.

A ceremonial dance involving masks, it is an ancient ritual performed in Bhagavati temples.

The dance is performed in honor of Bhadrakaali.

Padayani is regarded as a remnant of the Dravidian forms of worship that existed before the advent of Brahmanism.

Scientists have discovered a new species of long legged, tree-dwelling crabs in Western Ghats of Kerala.

This is the first report of its kind to offer a record of an arboreal crab — a species that lives in trees.

The new species named Kani maranjandu after the Kani tribe in Kerala, are substantially different from other congeners.

The characteristic traits of the crab include the structure of its hard upper shell, its male abdominal structure and reproductive parts and diagnostic elongated walking legs.

A fingerprint painting, created by a group of Indian doctors as a symbolic representation to end frequent attacks against the fraternity, has found place in the Guinness Book of World Records as the world’s largest such artwork.

469.75m painting was made up of 15 lakh finger impressions of doctors from different parts of the country, collected over a period of four months.

This painting is titled “Ray of Hope”.

The record title is in the name of Dr Naveen Koval, an assistant professor of Pediatrics at Kannur Medical College, Kerala, who conceptualised the work and Indian medical association.

MS Dhoni named CEO of Gulf Oil for one day

He took charge of Gulf Oil India at the Mumbai head office.

Mahendra Singh Dhoni was also named as the brand ambassador for Gulf Oil in the year 2011.

She completed the race in 23.72 seconds, almost within two seconds of the senior world record set by Florence Griffith-Joyner at the 1988 Olympics.