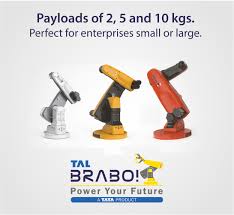 The G20 Digital Ministerial Meeting was held in Dusseldorf, Germany.

It concluded with adaptation of declaration on “Shaping Digitalisation for an Interconnected World”.

The ministerial conference was held according to the G20 Task Force on the digital economy established in G20 summit held in Hangzhou, China in 2016.

The President of India, Shri Pranab Mukherjee presented the National Geoscience Awards – 2016 on April 12, 2017 at a function held at Rashtrapati Bhavan.

In this, Dr. Abhishek Saha, NIO from Goa got the Young Scientist award for the year 2016.

The National Geoscience Awards, instituted by the Ministry of Mines, to honour the contributions and years of dedicated work of geo-scientists.

Over the last five decades, these Awards have emerged as the most coveted recognition in the field of geosciences.

They have encouraged scientists to achieve higher levels of excellence.

The Partnership, which was launched by the Union Minister for Youth Affairs & Sports Mr. Vijay Goel and the visiting Australian Prime Minister Mr. Malcolm Turnbull, in the presence of cricketing legend Sachin Tendulkar.

It will advance India – Australia cooperation in four areas:

Athlete and coach training and development

TAL Manufacturing Solutions of Tata Motors, on 11 April 2017 launched India’s first industrial-articulated robot and it is named as “BRABO”.

BRABO is meant to complement the human workforce and perform repetitive, high volume, dangerous and time-consuming tasks from raw material handling to packaging of finished products.

This is the first time that an industrial robot has been designed and manufactured in India.

For More TNPSC Current Affairs Apr and in English visit

Subscribe our newsletter for free to get daily TNPSC Current Affairs Apr in English and Tamil on your inbox.