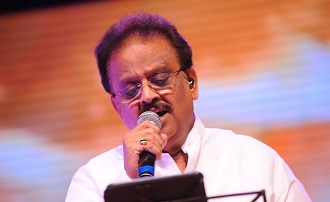 North India to get its first DNA bank for wild animals

Indian Veterinary Research Institute (IVRI) is planning to set up a DNA bank for wild animals, the first of its kind in North India.

Scientists have so far collected samples of 140 species.

A DNA bank exists in Hyderabad at present.

What is use of DNA bank for?

Through the DNA bank, scientists at IVRI’s Centre for Wildlife will be able to tell the name and schedule of the species if they get only a part of the meat, hair, blood, skin or bone of any animal.

The move will help clamp down on wildlife poaching and smuggling, and also aid in research on wildlife species.

The Travel & Tourism Competitiveness Report 2017 has been released by the World Economic Forum.

The report ranks 136 countries across 14 dimensions, revealing how well countries could deliver sustainable economic and societal benefits through their travel and tourism sector.

India is one of the countries that improved the most as it gained 12 places in Asia.

India has seen continued growth in international arrivals over the past 15 years, reaching the 8 million mark in 2015.

The Travel and Tourism Competitiveness Index enables all stakeholders to work together to improve the industry’s competitiveness in their national economies.

In the global ranking Spain, France and Germany were ranked at the top three positions, making them the most tourism friendly economies.

Tej Bahadur Singh, the principal judge of a family court in Muzaffarnagar has set a Guinness World Record by disposing of as many as 6,065 cases in 327 working days.

The judge said that his move was aimed to reduce the number of pending cases in the court and provide justice to the litigants.

Indian boxer K Shyam Kumar won a gold medal in the 49- kilogram category at the Thailand International Tournament in Bangkok.

Shyam already won the gold at the 2015 edition of this game.

Hasanboy Dusmatov was injured earlier, who has final match with Shyam kumar in this edition.

He declared as gold medalist after the Olympic Champion Hasanboy Dusmatov of Uzbekistan couldn’t make the event due to his injury.

The book traces the life journey of Draupadi from her birth to her marriage with the Pandavas.

Andhra Pradesh Government announced the NTR National Award for the years 2012 and 2013 at the Film Development Corporation office in Hyderabad.

Hema Malini will receive the same for 2013.

The NTR National Award is an honorary Nandi Award in the honour of an Indian Film Actor, director, producer, and politician N.T. Rama Rao who also served as the Chief Minister of Andhra Pradesh.

The NTR National Award is an annual Government award to recognize people for their lifetime achievements and contributions to the Cinema of India.

Twelfth joint military Exercise of Indian and Mongolian armies is named as “Nomadic Elephant” is being conducted at Vairengte, Mizoram from 05 April 2017 till 18 April 2017.

Nomadic Elephant is aimed at training the troops in Counter Insurgency & Counter Terrorism Operations under the United Nations mandate.