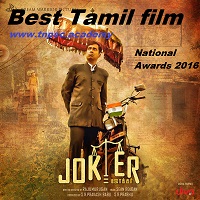 The World Health Day is a global health awareness day celebrated every year on 7 April, under the sponsorship of the World Health Organization (WHO).

Depression affects people of all ages, from all walks of life, in all countries.

At worst, depression can lead to self-inflicted injury and suicide.

World Health Day is celebrated to a better understanding of depression – which can be prevented and treated – will help reduce the stigma associated with the illness, and lead to more people seeking help.

The Central Goods and Services Tax Bill 2017 (The CGST Bill)

The Integrated Goods and Services Tax Bill 2017 (The IGST Bill)

The CGST Bill makes provisions for levy and collection of tax on intra-state supply of goods or services for both by the Central Government.

On the other hand, IGST Bill makes provisions for levy and collection of tax on inter-state supply of goods or services or both by the Central Government.

The UTGST Bill makes provisions for levy on collection of tax on intra-UT supply of goods and services in the Union Territories without legislature.

The Compensation Bill provides for compensation to the states for loss of revenue arising on account of implementation of the goods and services tax.

The 21-year-old shuttler from Hyderabad became only the second Indian woman after Saina Nehwal.

The Most Film Friendly State award which was introduced as a new category was announced by Shri Radha Krishna Jagarlamudi, a popular Director in Telugu film industry.

The National Film Awards would be presented by Hon’ble President of India on May 3rd, 2017.