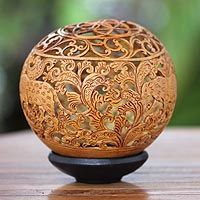 Himachal Pradesh is the 18th State to sign MoU under UDAY.

UDAY is an effort to make these DISCOMs financially and operationally healthy, to be able to supply adequate power at affordable rates, and enable the Governments to make efforts towards 100% Village electrification and 24X7 Power for All.

The Department of Commissioner (Handicrafts) launched the Shilp Guru Awards on 2002 to celebrate the Golden Jubilee of the resurgence of Handicrafts in India.

117 artisans responsible for maintaining craft traditions have been selected for the award since 2002 up to 2014.

The selection of Shilp Guru is done from amongst those who are hereditary masters, who received the National Award at the very inception of the scheme and who are alive or whose children are carrying on with the tradition and have made a valuable contribution in the development, creativity and expansion of knowledge in their craft.

It will be awarded to a craftsperson only once in a lifetime, to encourage master crafts persons to maintain excellence in craftsmanship and keep alive our old tradition.

The main objective was to give recognition to the outstanding crafts persons in the Handicraft sector.

Two day 28th State Information Ministers Conference was organized by the Ministry of Information and Broadcasting.

In order to promote partnership in the dissemination process between Centre and States, create effective communication to the people and on sector specific collaboration in the Films, Broadcasting & Information sector conference will be organized.

The theme of the conference 2016 – “Reform, Perform & Transform – A New Dimension of Communication” and is expected to provide a synergy for a robust communication outreach process.

Third cyclonic storm called as “Vardah” has formed in the Southeast Bay of Bengal, which was already hit Andaman and Nicobar Islands.

The cyclonic storm is expected to further intensify into a severe cyclone and will continue to move towards the north and then recurve in the northwest direction towards Andhra Pradesh Coast.

Ban the use of Newspapers for packing, serving and storing

The Food Safety and Standards Authority of India (FSSAI), announced the restriction of use of the Newspapers for packing, serving and storing of food items.

The newspaper printing inks contains the bioactive materials, harmful colors and hazardous items which is very dangerous to the common people.

It is the autonomous body under the government of India, responsible for protecting and promoting public health through the regulation and supervision of food safety.[/vc_column_text][vc_column_text]

Subscribe our Newsletter to get Daily TNPSC Current affairs dec in English and Tamil on your Inbox.