Translocation of Corals in Mumbai

The National Institute of Oceanography will carry out the translocation of 18 coral colonies from the coast of Mumbai for the Mumbai Coastal Road Project.

Corals exhibit characteristics of plants, but are marine animals that are related to jellyfish and anemones. They are made up of genetically identical organisms called polyps, which are tiny, soft-bodied organisms.

At their base is a hard, protective limestone skeleton called a calicle, which forms the structure of coral reefs. These polyps have microscopic algae called zooxanthellae living within their tissues. The corals and algae have a mutualistic (symbiotic) relationship. i.e.

The coral provides the zooxanthellae with the compounds necessary for photosynthesis.

In return, the zooxanthellae supply the coral with organic products of photosynthesis, like carbohydrates, which are utilized by the coral polyps for synthesis of their calcium carbonate skeletons.

Zooxanthellae are also responsible for the unique and beautiful colors of corals.

There are 2 types of corals: 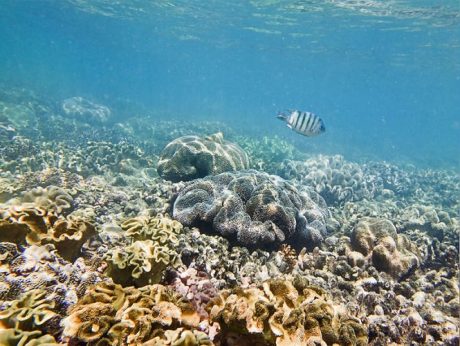 The translocation of corals is at a nascent stage along the Indian coastline. It is difficult and has not been very successful in India.

Pilot projects at various sites including, Lakshadweep islands and Andaman islands have been undertaken to study the survival rate, method and site of translocation, and creation of high heat-resistant coral colonies, etc.

Experts are of the view that for a high survival rate, it is important to translocate corals in a place with similar environmental characteristics such as depth, current flow, amount of light, and pressure.

The Odisha government has identified around 8,000 schools in 15 districts which will be merged with other schools due to low enrollment (less than 20 students).

The merger is being carried out under the NITI Aayog’s Sustainable Action for Transforming Human Capital in Education (SATH-E) project, and has been termed Consolidation and Rationalisation of schools.

Sustainable Action for Transforming Human Capital (SATH) focusses on two main sectors – Education and Health and to build three ‘Role Model’ States. SATH-E aspires to be a ‘saathi’, to the educational system with the student and the teacher at its centre”.

In 2017, Odisha was among three states, along with Jharkhand and Madhya Pradesh, to be selected by NITI Aayog for the project.

The initiative aims to transform elementary and secondary school education through goal driven exercise and create role model states for education. The initiative culminates at the end of the 2020 academic year.

Every year, the National Unity Day (Rashtriya Ekta Diwas) is celebrated on 31st October to commemorate the birth anniversary of Sardar Vallabhbhai Patel. The Prime Minister launched the seaplane service from Ahmedabad to the Statue of Unity, Kevadia. 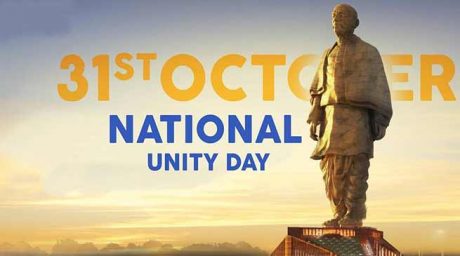 The day was celebrated for the first time in 2014, when the Government of India decided to celebrate Patel’s birthday as the National Unity Day to recognise his monumental contribution and service to the nation.

On this day, several events like Run For Unity, a nationwide marathon to increase awareness about Patel’s contributions, National Unity pledge, Ekta Parade, etc. are organised. In 2018, the Government unveiled the Statue of Unity in Gujarat in Patel’s honour.

It is the tallest statue (182-meter) in the world. In January 2020, it was added in the ‘Eight Wonders’ of the Shanghai Cooperation Organisation (SCO).