Topic: India and its Foreign Relations

Recently, India virtually hosted the second meeting of the India-Central Asia Dialogue. The first meeting of the dialogue was held in Samarkand, the Republic of Uzbekistan in January 2019.

Combat Terrorism: All the nations strongly condemned terrorism and reaffirmed their determination to combat it by destroying terrorist safe-havens, networks, infrastructure and funding channels.

They also underlined the need for every country to ensure that their territory is not used to launch terrorist attacks against other countries.

Afghan Peace Process: All countries called for the settlement of the Afghan conflict on the basis of Afghan-led, Afghan-owned and Afghan-controlled peace process.

Infrastructure: They appreciated India’s efforts to modernise the infrastructure of the Chabahar port in Iran, which could become an important link in trade and transport communications between the markets of Central and South Asia.

An additional USD 1 billion Line of Credit by India for the Central Asian countries.

It is expected that the money will be spent on major infrastructural and connectivity projects.

The council was launched by the Government of India along with the Federation of Indian Chambers of Commerce and Industry (FICCI) in February 2020.

It aims to promote business in the region and to collaborate and provide an industry view to the governments of the six countries.

The Polar Satellite Launch Vehicle (PSLV-C49) of the Indian Space Research Organisation (ISRO) will launch these ten satellites on 7th November 2020. It will be PSLV’s 51st Mission.

EOS-01: It is an earth observation satellite and is intended for applications in agriculture, forestry and disaster management support.

Many earth observation satellites have been employed on sun-synchronous orbit.

Nine Customer Satellites: These are being launched as part of a commercial agreement with NewSpace India Limited (NSIL), Department of Space.

NSIL, incorporated in 2019 (under the Companies Act, 2013), is a wholly owned Government of India company, under the administrative control of Department of Space (DOS).

NSIL is the commercial arm of ISRO with the primary responsibility of enabling Indian industries to take up high technology space related activities and is also responsible for promotion and commercial exploitation of the products and services emanating from the Indian space programme. 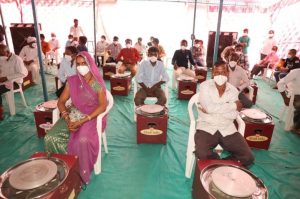 Kumhar Sashaktikaran Yojana (KSY) was launched in 2018. It aims to strengthen and improve the living of potters in the country by making them self-reliant (Atma Nirbhar).

Features: Providing potters with modern equipment and training to reconnect them with the society and revive their art.

Implementation: KVIC has created proper marketing channels including tie-up with the Indian Railway for selling the products of potters.

Benefits: Proper training and distribution of advanced equipment under the scheme has eliminated drudgery from the process of pottery making and also resulted in increasing the production by 3-4 times. This has led to an increase in income of potters manifolds.

The Delhi government scheduled to launch an anti-firecracker campaign on November 3. Now, only ‘green’ firecrackers can be manufactured, sold and used in the national capital.

A ban on fireworks was imposed in 2018 and in 2019 only ‘green’ crackers were allowed, but the permission had come too late for manufacturers to ensure their availability on time.

What are Green Crackers?

They are known as ‘green’ firecrackers because they have a chemical formulation that produces water molecules, which substantially reduces emission levels and absorbs dust. They are the crackers with reduced emission and decibel level. 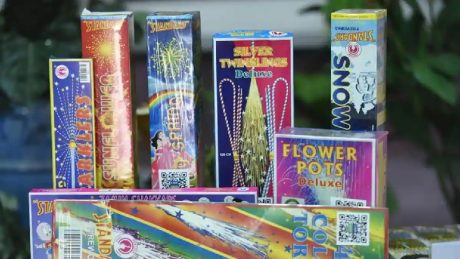 They promise a reduction in particulate matters and harmful gases, like nitrous oxide and sulfur oxide, by 30- 35 per cent. They will be 25-30 per cent cheaper to manufacture and manufacturers would not have to make any changes in their facilities.

What gives colour to the firecrackers?

Purple: A combination of copper and strontium compounds.

White: The burning of metals like magnesium, aluminium and titanium).