It is the khadi being woven in Oaxaca, a place in Mexico, about which PM Modi mentioned in Mann ki Baat. Khadi reached this place after a local resident became influenced by a film on Mahatma Gandhi. 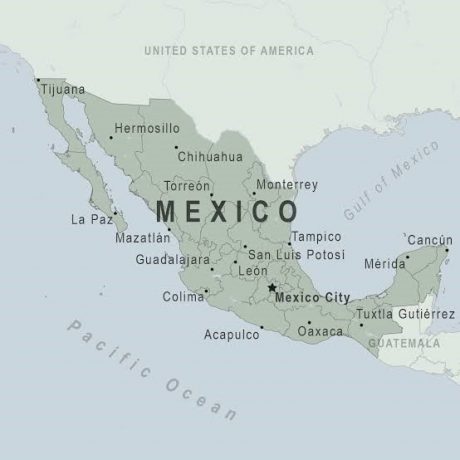 Khadi Oaxaca is a farm-to-garment collective which comprises around 400 families.  They live and work on traditional farms and homesteads in the Oaxaca region of southern Mexico.

It uses cotton produced and cultivated on the Oaxaca coast, and produces chemical-free clothing, relying on locally harvested plant-based dyes.

Recently, a group of scientists from the Wadia Institute of Himalayan Geology (WIHG), Dehradun have found that the Indus-Tsangpo Suture Zone (ITSZ) of Himalayais tectonically active. The suture zone of Himalaya was conventionally thought to be locked.

WIHG is an autonomous institute under the Department of Science and Technology (DST), Government of India.

Tectonics is the scientific study of the deformation of the rocks that make up the Earth’s crust and the forces that produce such deformation.

It deals with the folding and faulting associated with mountain building, the large-scale, gradual upward and downward movements of the crust and sudden horizontal displacements along faults.

Geological Features that Support the Finding:

Rivers are associated with uplifted terraces.

Male Government employees who are single parents will now be eligible for childcare leave.

Single male parents include unmarried employees, widowers and divorcees, who may be expected to take up the responsibility of caring for a child single-handedly.

Child Care Leave: It is treated as earned leave and is generally granted to women employees.

The childcare leave is granted either for rearing children or to look after any of the needs of children like examination, sickness etc.

The Centre has notified new land laws for the Jammu and Kashmir UT region, ending the exclusive rights enjoyed by the local population over land under the now-diluted Article 370.

Who introduced the changes?

The introduction of the UT of J&K Reorganisation (Adaptation of Central Laws) Third Order, 2020, by the Ministry of Home Affairs has resulted in the repeal of at least 11 land laws in vogue in J&K earlier, including the J&K Big Landed Estates Abolition Act that had resulted in the famous ‘land to tiller’ rights.

What are the latest changes?

Under the newly introduced J&K Development Act, the term “being permanent resident of the State” as a criteria has been “omitted”, paving the way for investors outside J&K to invest in the UT.

No land used for agriculture purposes shall be used for any non-agricultural purposes except with the permission of the district collector.

The government may now allow transfer of land “in favour of a person or an institution for the purpose of promotion of healthcare or senior secondary or higher or specialized education in J&K”.

Also, No sale, gift, exchange, or mortgage of the land shall be valid in favour of a person who is not an agriculturist.

An Army officer not below the rank of Corps Commander can declare an area as “Strategic Area” within a local area, only for direct operational and training requirements of the armed forces.

The Centre has been arguing that Article 370 hampered development in the U.T. as investors were unable to purchase land prior to August 5, 2019.

People, including investors, outside Jammu and Kashmir can now purchase land in the Union Territory.

It was on this day that first Indian infantry soldiers took part in an action to defend Indian territory from external aggression.

On October 26, 1947 the then Maharaja of Jammu and Kashmir, Hari Singh, signed the instrument of accession, making his state a part of Indian dominion, and thus paving the day for Indian troops to be deployed in the state to fight against Pakistani invaders.

Topic: Latest inventions on Science and Technology, Places in News

How Ice loss will add 0.4 degree Celsius to global temperatures?

The recent research, published on October 24, 2020, highlighted about the danger of Vicious Circle and stated that the loss of billions of tonnes of ice from Earth’s frozen spaces might increase the global temperatures by 0.4 degrees Celsius.

As per the report, Arctic summer sea ice levels is being declined by 10% each decade since 1970s. Mountain glaciers have melted roughly 250 billion tonnes of ice annually in the recent years.

Ice loss from the West Antarctic and Greenland ice sheets is accelerating. Antarctica and Greenland have enough frozen water that can boost oceans’ height by 60 meters. 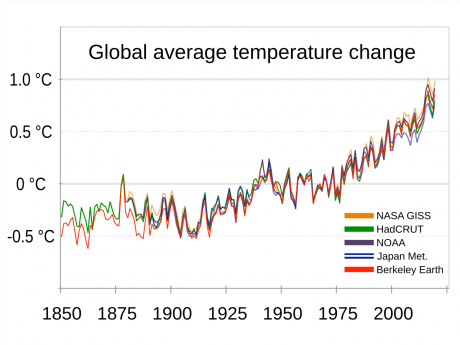 How Ice Loss will contribute to Global Temperature?

Scientists from the Germany’s Potsdam Institute for Climate Impact Research (PIK) have found that the melting of Arctic ice, mountain glaciers and the polar ice caps will raise temperatures by 0.4C at the current levels of the atmospheric CO2.

The primary reason of the increase in the temperature because of ice loss is because of Ice – albedo effect.

In the Ice- albedo effect, change in the area of ice caps, glaciers, and sea ice hampers the albedo and surface temperature of a planet. Since, Ice is reflective in nature, some of the solar energy is reflected back. However, if the warm temperatures decrease the ice cover and the area is replaced by water or land the albedo will decrease.

This in turn increases the amount of absorbed solar energy and thus, causes more warming. Further, receded ice increases the water vapour in the atmosphere. This increasing the greenhouse effects and thus, the global temperature rises.