Recently, Kabartal Wetland (Bihar) and Asan Conservation Reserve (Uttrakhand) have been designated as Ramsar sites, making them ‘Wetlands of International Importance’. Earlier in 2020, India designated 10 more wetlands as a Ramsar site, taking the total number from 27 to 37.

With 2 more inclusions, the total number of Ramsar sites in India is 39, the highest in South Asia.

Also known as Kanwar Jheel, it covers 2,620 hectares of the Indo-Gangetic plains in the Begusarai district of Bihar. It acts as a vital flood buffer for the region besides providing livelihood opportunities to local communities.

Significant biodiversity is present, with 165 plant species and 394 animal species recorded, including 221 bird species. It is also a valuable site for fish biodiversity with over 50 species documented.

ACR is a 444-hectare stretch of the Asan River running down to its confluence with the Yamuna River in Dehradun district of Uttarakhand. It is Uttarakhand’s first Ramsar Site.

The damming of the River by the Asan Barrage in 1967 resulted in siltation above the dam wall, which helped to create some of the Site’s bird-friendly habitats.

Ramsar Convention on Wetlands is an intergovernmental treaty adopted in 1971 in the Iranian city of Ramsar, on the southern shore of the Caspian Sea. It came into force for India on 1st February, 1982. Those wetlands which are of international importance are declared as Ramsar sites.

The Convention’s mission is “the conservation and wise use of all wetlands through local and national actions and international cooperation, as a contribution towards achieving sustainable development throughout the world”.

The Montreux Record is a register of wetland sites on the List of Wetlands of International Importance where changes in ecological character have occurred, are occurring, or are likely to occur as a result of technological developments, pollution or other human interference. It is maintained as part of the Ramsar List.

At present, two wetlands of India are in Montreux Record: Keoladeo National Park (Rajasthan) and Loktak Lake (Manipur). Chilika Lake (Odisha) was placed in the record but later removed from it.

Recently, the Prime Minister has launched the ‘Kisan Suryodaya Yojana’ aimed at providing day-time electricity to farmers in Gujarat for irrigation and farming purposes. The Prime Minister also launched a 2.3 km-long ropeway project on Mount Girnar in Junagadh city, a major pilgrimage site.

Rs. 3,500 crore will be spent over the next three years for providing solar power to farmers for irrigation during daytime (5 AM to 9 PM). About 3,500 circuit kilometers (CKM) of new transmission lines will be laid.

10 districts including Dahod, Gir-Somnath and Tapi have been selected under the Scheme for 2020-21. The remaining districts will be covered in a phase-wise manner by 2022-23. 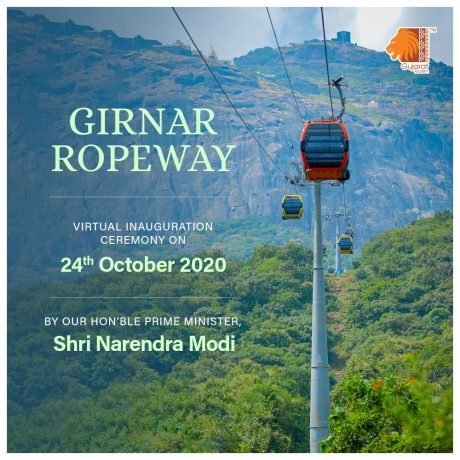 Recently, over 50 lakh people have benefited from Indira Rasoi Yojana (a kitchen scheme), in Rajasthan. The scheme was launched in August 2020.

Aim: To provide nutritious food to the poor and needy twice a day at concessional rates. Under the scheme, each plate serves 100 grams of pulses and vegetables each, 250 grams of chapati and pickles.

It aligns with the World Food Day’s 2020 theme to grow, nourish and sustain together.

Implementation: The local voluntary organisations have been roped in for establishing the centres near the places such as bus stands, railway stations and hospitals and for successful implementation of the scheme.

Evidence of dairy production in the Indus Valley Civilisation

For the first time it’s been proved scientifically that dairy production was in place in the Indus Valley civilization in 2500 BCE, and the earliest known evidence of dairy production.

The results were based on molecular chemical analysis of residue in shards of pottery found at the archaeological site of Kotada Bhadli located in Gujarat.

Of the 59 samples studied, 22 showed the presence of dairy lipids.

Key findings from a latest study:

Dairy production in India began as far back as in the 3rd millennium BCE and may have been a factor behind sustaining the Indus Valley Civilisation.

Through a process called stable isotope analysis, the researchers were also able to identify the type of ruminant used for dairy, and concluded that these were cattle, like cows and buffalo, rather than goats and sheep.

Scientists have reported the discovery of the first room-temperature superconductor, after more than a century of waiting.

The superconductor was formed by squeezing carbon, hydrogen and sulfur between the tips of two diamonds and hitting the material with laser light to induce chemical reactions.

At a pressure about 2.6 million times that of Earth’s atmosphere, and temperatures below about 15° C, the electrical resistance vanished. However, the new material’s superconducting superpowers appear only at extremely high pressures, limiting its practical usefulness.

Why this discovery is significant?

Superconductors transmit electricity without resistance, allowing current to flow without any energy loss. When superconductivity was discovered in 1911, it was found only at temperatures close to absolute zero (−273.15° C).

If a room-temperature superconductor could be used at atmospheric pressure, it could save vast amounts of energy lost to resistance in the electrical grid.

And it could improve current technologies, from MRI machines to quantum computers to magnetically levitated trains. Dias envisions that humanity could become a “superconducting society.”

Also known as Himalayan red bear, isabelline bear or Dzu-Teh. It is the largest carnivore in the highlands of Himalayas. It is found in 23 protected areas including Himachal Pradesh, Uttaranchal and Jammu and Kashmir. 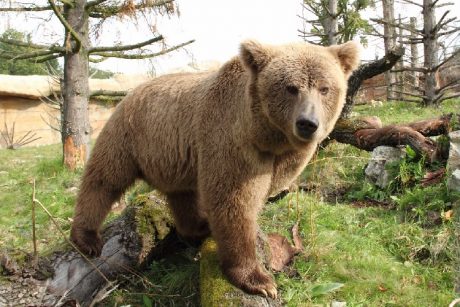 While the brown bear as a species is classified as Least Concern by the IUCN, this subspecies is highly endangered and populations are dwindling. It is Endangered in the Himalayas and Critically Endangered in Hindu Kush.

A recent study on the Himalayan brown bear has predicted a significant reduction in suitable habitat and biological corridors of the species due to climate change, prompting scientists to suggest an adaptive spatial planning of the protected area network in the western Himalayas for conserving the species.

North Korean authorities have warned its citizens to remain indoors so that they avoid contact with ‘yellow dust’. This mysterious cloud of yellow dust is blowing in from China. North Korea warns that the dust might carry in Covid-19 with it.

A cloud of yellow dust was blow in from China and descend on the North Korea. Following that, a nationwide ban on outdoor construction work was announced.  Citizens were urged to remain indoors and to keep the windows tightly closed.

Why North Korea is concerned?

North Korea fears that the yellow dust might make Virus to enter the country.  This concern was based on the research from around the world that has shown that Covid-19 can be “transmitted through air”.

Yellow dust:  Yellow dust is sand blowing from deserts in China and Mongolia.  These sands are carried to the North and South Korea through the high speed surface winds during specific periods every year. These particles mixes with other toxic substances like industrial pollutants and thus, this Yellow Dust is known to cause respiratory ailments also.

Can the dust transmit Covid-19 ?

The US Centres for Disease Control (CDC) has reported that the COVID-19 virus can remain airborne for hours. It also said that it is highly unlikely for the Covid-19 infection to spread through air in outdoors. However, there is no evidence of efficient spread to people coming in the environment where an infectious person was there. People mostly contract with the disease by staying close to infected person who coughs, sneezes or talks. This way, virus spreads through droplets.