They are all the same thing: tropical storms. But they are known by different names in different locations.

In the North Atlantic Ocean and Northeast Pacific, they are called hurricanes.

But if the same type of disturbance takes place in the Northwest Pacific Ocean, it is known as a typhoon.

And in the South Pacific and Indian Ocean, cyclone is the correct term.

Topic: India and its Neighboring Countries

Pakistan is planning to accord provincial status to the “so-called Gilgit-Baltistan”.

Pakistan has announced holding elections for the legislative assembly of Gilgit-Baltistan later this month. Pakistan Supreme Court has also allowed Islamabad to amend a 2018 administrative order to conduct general elections in the region.

The Gilgit-Baltistan Order of 2018 provided for administrative changes, including authorising the Prime Minister of Pakistan to legislate on an array of subjects. 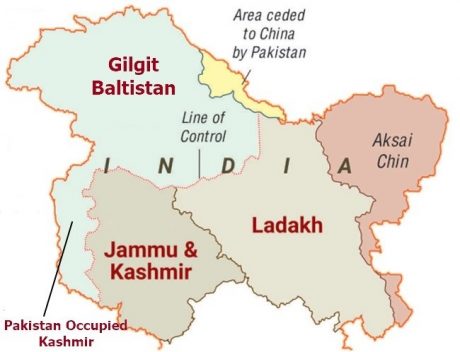 India has termed this move as an attempt to camouflage the “illegal” occupation of the region by Islamabad.

Where is Gilgit Baltistan located?

It borders China in the North, Afghanistan in the west and Kashmir in the south east. It shares a geographical boundary with Pakistan-occupied Kashmir, and India considers it as part of the UT of Ladakh, while Pakistan sees it as a separate from PoK.

The region is home to five of the “eight-thousanders” and to more than fifty peaks above 7,000 metres (23,000 ft). Three of the world’s longest glaciers outside the polar regions are found in Gilgit-Baltistan.

Challenges ahead for Pakistan:

This would violate the Karachi Agreement — perhaps the only instrument that provides doubtful legal authority to Pakistan’s administration of GB — as well as the UN resolutions that would damage its position on the Kashmir issue.

Any such move would also be violative of the 1963 Pak-China Boundary Agreement that calls for the sovereign authority to reopen negotiations with China “after the settlement of the Kashmir dispute between Pakistan and India” and of the 1972 Simla Agreement that mentions that “neither side shall unilaterally alter the situation”.

16 Psyche is an asteroid which orbits between Mars and Jupiter. Located around 370 million kilometres away from Earth in the asteroid belt. First discovered in 1853 and was named after the ancient Greek goddess of the soul, Psyche.

A recent study has found that this asteroid could be made entirely of metal and is worth an estimated $10,000 quadrillion — more than the entire economy of Earth.

Images from NASA’s Hubble Space Telescope has shown that the surface may mostly comprise iron and nickel, similar to the Earth’s core. 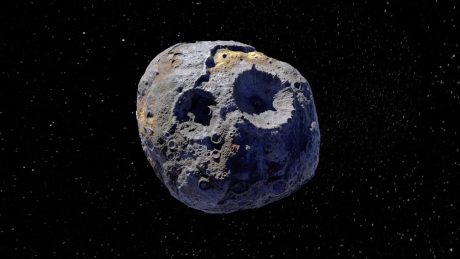 PM Modi recently inaugurated 17 tourism projects around the Statue of Unity (SoU), now called the ‘Kevadia Tourism Circuit’. Kevadia is a village in the tribal Narmada district. It is home to the Sardar Sarovar Dam reservoir on the Narmada river. Kevadia circuit covers 35 tourist spots including the Valley of Flowers, Vishwa Van, Cactus Garden, Butterfly Garden.

Mansar Lake Development Plan in Jammu and Kashmir was inaugurated recently. The project is eyed to attract almost 20 lakh tourists every year and create employment for 1.15 crore man-days with an income generation of ₹800 crore per year.

Mansar Lake is situated 62 km from Jammu. Surinsar-Mansar Lakes are designated as Ramsar Convention in November 2005.