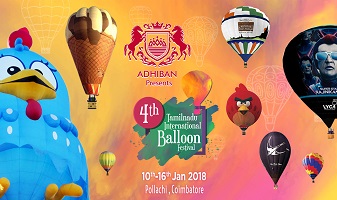 The annual ASEAN India Pravasi Bharatiya Divas is being celebrated at Singapore.

The conference, which will be attended by top leaders and businessmen from Singapore and India, will discuss the contribution of the Indian diaspora community in Southeast Asia.

Aim of the event:

To highlight the “ancient human, maritime, cultural, commercial and religious links between India and Southeast Asia” and to promote greater economic, cultural and diplomatic cooperation between the two regions.

Pravasi Bharatiya Divas (PBD) is celebrated every year on January 9 to mark the contribution of overseas Indian community in the development of India.

January 9 was chosen as the day to celebrate this occasion since it was on this day in 1915 that Mahatma Gandhi, the greatest Pravasi, returned to India from South Africa, led India’s freedom struggle and changed the lives of Indians forever.

“Fire and Fury: Inside the Trump White House” is a 2018 book written by Michael Wolff.

And this book deals with the details of the behavior of U.S. President Donald Trump and staff of his 2016 presidential campaign and White House.

Trump is depicted as being held in low regard by his White House staff, leading Wolff to state that “100% of the people around him” believe Trump is unfit for office.

The title refers to a quote by Trump about the conflict with North Korea.

The book became the number one bestseller in print, e-book and audiobook on Amazon.com and the Apple iBooks Store after excerpts were released on January 3.

RJD chief Lalu Prasad was sentenced to three and a half years in prison and fined Rs 5 lakh by a special CBI court in the second fodder scam case.

The Fodder Scam was a corruption scandal that involved the embezzlement of about ₹9.4 billion from the government treasury of the eastern Indian state of Bihar.

Among those implicated in the theft and arrested were then Chief Minister of Bihar, Lalu Prasad Yadav, as well as former Chief Minister, Jagannath Mishra.

The scandal led to the end of Lalu’s reign as Chief Minister.

On 23rd December, 2017 Lalu Prasad Yadav was convicted by a special CBI court while Jagannath Misra was acquitted.

And now, Lalu Prasad has been awarded an half and three years of jail term and 5 lakh fine by the CBI court on 6th January, 2018.

The fourth edition of the Tamil Nadu International Balloon Festival will be held in Pollachi near Coimbatore from January 10 to 16.

It is organised by media company Global Media Box and The Slaves, a Pollachi-based restaurant, with the support of the State Tourism Department and Adhiban Fincorp.

Twelve hot-air balloons from six countries — the US, Belgium, the Netherlands, France, Poland and Germany — will be showcased at the festival.

It will also feature Tamil Nadu Tourism Department’s ‘2.0’ balloon and those on angry birds.