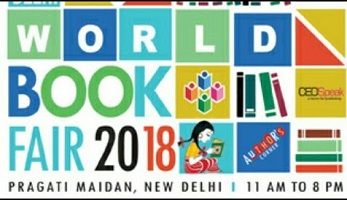 The festival, held between October and January, is a celebration of Madhya Pradesh’s natural beauty and its culture.

It is also a great place to try out a variety of adventure sports like parasailing, paramotoring, water zorbing, and many others.

The festival also represents the culture of Madhya Pradesh – a culture that stands for rich skill set of its artisans and rich heritage.

The missions are named GOLD and ICON.

The Global-scale Observations of the Limb and Disk (GOLD) mission will be launched aboard a commercial communications satellite in January 2018, and the designed spacecraft Ionospheric Connection Explorer (ICON) will be launched later this year.

GOLD and ICON will team up to explore the ionosphere, a boundary area between Earth and the space where particles have been cooked into a sea of electrically-charged electrons and ions by the Sun’s radiation.

These layers of near-Earth space are increasingly becoming a part of human domain as it is home to radio signals used to guide airplanes, ships and Global Positioning System satellites.

Muttal Lake area to be developed

The officials of the revenue, forest and rural development departments conducted joint inspection of the picturesque Muttal Lake, near Attur, and decided to further develop the entire area into a major tourist spot.

A new law making it illegal to pay men more than women has taken effect in Iceland.

The legislation makes Iceland the first country in the world to legalise equal pay between men and women.

Under the new rules, companies and government agencies employing at least 25 people will have to obtain government certification of their equal-pay policies.

Those that fail to prove pay parity will face fines.

The 26th edition of the annual book fair will be held in New Delhi.

This year’s book fair will host European Union as the Guest of Honour Country.

The world book fair is Organised by National Book Trust, in association with ITPO.

New Delhi World Book Fair is not just an opportunity for a reader but it also provides a huge platform to the publishers who exhibit their numerous books at the event.