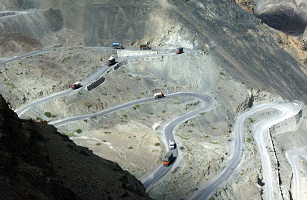 Jangalmahal Utsab was recently inaugurated at the Jhargam district in West Bengal.

The festival is organised in the state to promote tribal art and culture.

Different folk songs and dances such as Tusu, Bhadu, Ahira and Jhumur are performed by the locals of the Jangalmahal area during the festival.

The world Junglemahal is used to refer four districts of the state — Purulia, Bankura, Jhargram and West Midnapore.

A massive winter storm called a “bomb cyclone” is hammering the eastern coast of the US, bringing snow, ice, flooding, and strong winds.

What is a Bomb cyclone?

The term is used by meteorologists to indicate a mid-latitude cyclone that intensifies rapidly.

The National Bank for Agriculture and Rural Development (Amendment) Bill, 2017, was recently passed by voice vote in the Rajya Sabha.

Highlights of the Bill:

The Bill seeks to amend the National Bank for Agriculture and Rural Development Act, 1981.

Increase in capital of NABARD:

This capital can be further increased to Rs 5,000 crore by the central government in consultation with the Reserve Bank of India (RBI).

The Bill allows the central government to increase this capital to Rs 30,000 crore.

The capital may be increased to more than Rs 30,000 crore by the central government in consultation with the RBI, if necessary.

The Union Cabinet has approved the construction of Asia’s longest bi-directional Zojila Pass tunnel at an estimated cost of Rs 6,089 crore.

About the Zojila pass tunnel:

It is a 14.2-km long tunnel project in Jammu and Kashmir to provide all-weather connectivity between Srinagar, Kargil and Leh, which remains cut-off from the rest of India during winters due to heavy snowfall.

Zojila tunnel will be the longest bi-directional tunnel in Asia.

Benefits of the tunnel:

The project would enhance the safety of travellers crossing Zojila Pass and reduce the travel time from 3.5 hours to 15 minutes.

This pass is most strategic for the entire Kargil sector which has seen intrusion and war in the past.

The Union Cabinet has approved an agreement between India and Myanmar on land border crossing to enhance economic interaction between people of the two countries.

Significance of the agreement:

The agreement will also facilitate movement of people on the basis of valid passports and visas which will enhance economic and social interaction between the two countries.

The agreement will also safeguard the traditional rights of the largely tribal communities residing along the border which are accustomed to free movement across the land border.

The 259th birth anniversary of Veerapandiya Kattabomman was celebrated at Panchalankurichi, his birth place, in Ottapidaram taluk on January 03, 2018.

Kattabomman fought against the British in the latter part of the 18th century.

At the 12th Anniversary of Music Academy function, Lakshmi Viswanathan conferred with the “Nrithiya Kalanidhi’ Award for the year 2017.