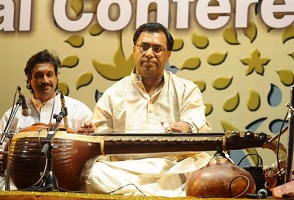 India and Pakistan recently exchanged, through diplomatic channels simultaneously at New Delhi and Islamabad, the list of nuclear installations and facilities under a three-decade old bilateral pact.

This is the twenty seventh consecutive exchange of such a list between the two countries, the first one having taken place on January 1, 1992.

The exchange is done each year on January 1, under the Agreement on the Prohibition of Attack against Nuclear Installations and Facilities, also referred to as the Non-Nuclear Aggression Agreement.

About the Agreement on the Prohibition of Attack against Nuclear Installations:

The agreement, which was signed on December 31, 1988, and entered into force on January 27, 1991, provides that the two countries inform each other of nuclear installations and facilities to be covered under the pact on the first of January of every calendar year.

NASA’s Parker Solar Probe is scheduled for launch in 2018 to explore the Sun’s outer atmosphere.

About the Parker solar probe:

Parker Solar Probe will travel through the sun’s atmosphere, closer to the surface than any spacecraft before it, facing brutal heat and radiation conditions — and ultimately providing humanity with the closest-ever observations of a star.

Parker Solar Probe will use Venus’ gravity during seven flybys over nearly seven years to gradually bring its orbit closer to the sun.

The spacecraft will fly through the sun’s atmosphere as close as 3.9 million miles to our star’s surface, well within the orbit of Mercury and more than seven times closer than any spacecraft has come before.

The primary science goals for the mission are to trace how energy and heat move through the solar corona and to explore what accelerates the solar wind as well as solar energetic particles.

The solar plant has been commissioned in Uttar Pradesh.

Saudi Arabia and the United Arab Emirates have introduced value-added tax, a first for the Gulf which has long prided itself on its tax-free, cradle-to-grave welfare system.

It is a five per cent tax on most goods and services to boost revenue.

The VAT will be applied on food, clothes, electronics and gasoline, phone, water and electricity bills, as well as hotel reservations.

The Appointments Committee of the Cabinet headed by Prime Minister Narendra Modi has approved the appointment of Vijay Keshav Gokhale, to the post of foreign secretary.

Doklam Plateau is a tri-junction between Sino-India and Bhutanese border near Sikkim.

The visually impaired in Odisha will get this year’s Odia calendar and almanac in the Braille format, printed and published by Computerised Braille Press in Berhampur.

Any visually impaired person can register his or her address to get this calendar free every year.

Sangeetha Kalanidhi or Sangita Kalanidhi is the title awarded yearly to an expert Carnatic Musician by the Madras Music Academy.

It is often considered to be the most prestigious award in the field of Carnatic Music.

Ravikiran was born in Mysore, Karnataka.

Hailed as “the Mozart of Indian Music” by the Wisconsin State Journal, USA.

Ravikiran made his first appearance at the age of two in 1969 in Bangalore.